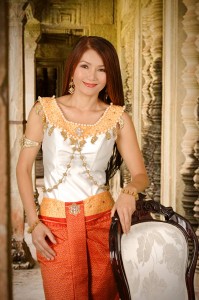 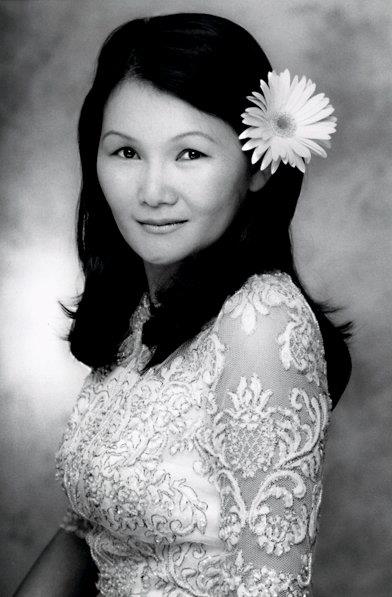 “When Oni shares her life, she is speaking on behalf of the millions of Cambodians who died alone, afraid, and unrecognized.”

Oni’s royal father was a resistance leader fighting to undermine Pol Pot. Her only memory of him is a handsome man galloping up on a white horse, and watching him ride away, never to return. She is raised by godparents in a secluded cave in Cambodia.

On April 17, 1975, Pol Pot’s Khmer Rouge takes over Cambodia, beginning what would become a genocidal massacre — the infamous “Killing Fields” — of the Khmer people and their culture. That same day, Oni’s godmother leaves the safety of the cave to gather food, and disappears.

What begins as a search for her godmother turns into witnessing the murders of her godparents by the Khmer Rouge. Oni spends the next seven years as a refugee, wandering the brutal land-mine strewn terrain of Cambodia, Thailand, Vietnam and Laos.

As she treks from one country to the next in an attempt to flee the Khmer Rouge, she finds herself in everything from labor “re-education” camps to children military training bases. Viewing this alternate universe through the sensibility of a child makes the horror more real and yet surreal at the same time.

Her final escape from this world is to America before she was even a teenager, where after much hardship, she ultimately succeeds in her adopted country.

Being a princess is not about being entitled – in real life, there are no happily ever after’s. A real princess recognizes that whatever makes you feel less than who you are is part of life’s challenge to work through. Oni proves that regally with her life.

Oni V. Hope was born in a jungle cave in the Kampong Speu province of Cambodia, southwest of Phnom Penh.  Her father was a royal prince of Cambodia, and her mother was a gentle woman who died shortly after her birth. She grew up surrounded by the conflict of violence, torture, rape, and hunger, and dealt with it alone, in silence. As a young girl, Oni escaped to the U.S. with great hope for her future, but met only more hardship. She was abused, beaten and forced into hard labor constructing clothes in a sweatshop. She’s lived on the streets, as a refugee in a temple, in homeless shelters, and in various foster and group homes. Because of this, she had to attend several different high schools to receive her education. Just after starting her first year of college, she was raped and became pregnant.

Oni’s story chronicles the horrors of the Khmer Rouge atrocities, the abuse she suffered as a teen in the United States, and the lingering terror and lasting effects of living as a survivor of rape. All of these experiences guide Oni’s mission, and it is her ambition to expose and condemn these often-ignored examples of inhumanity. From this journey, her education took on a new purpose; she knew she was to become the voice of social advocacy for all women and children. 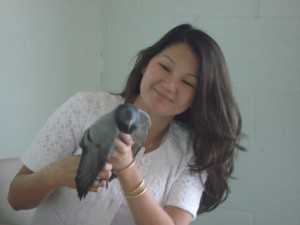 In 1995, she founded the Progressive United Action Association Inc. (PUAAI), a non-profit organization which established 17 schools in Cambodia and partnered with MVU University.  In addition to founding PUAAI, Oni began speaking out publicly before high-profile audiences on issues of conflict affecting women and children. In 1997, she spoke at the Museum of Tolerance, sharing her story and message of respect for human rights and life.

Over time, Oni became involved in the political arena to further her cause.  In 2002, she spoke in front of representatives from 86 countries at an International Conference on Law, before the United Nations assembly. She also co-hosted the premier of the documentary, My Khmer Heart, with Matt Damon and Danny Glover at the Directors Guild of America. Together, they brought awareness of the need to fight against child sex-trafficking and promote general awareness of the struggles of children in orphanages. In 2004, Oni was a delegate to the National Republican Convention. She drafted three resolutions that were adopted in the Human Rights sector of the State Department, Congress, and Senate. 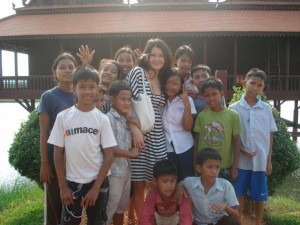 Oni has spoken on behalf of women and children’s rights around the globe.  Among her many humanitarian commendations are a U.S. House of Representatives Certificate of Special Recognition and a U.S. Senate Peace Education Certificate. She has also been recognized as a Presidential Roundtable Commission honoree.

In recent years, Oni’s mission has continued as her life has undergone various transitions. She was determined to support herself and control her own destiny. As a single mother raising a teenage daughter, Oni returned to college, supporting herself through school in order to complete an undergraduate degree at California State University, Dominguez Hills. She expects to graduate in 2012 with a Bachelor of Science degree in Business Finance. In addition, her daughter graduated from the prestigious Mater Dei High School in the spring of 2012, a testament to Oni’s support and guidance.