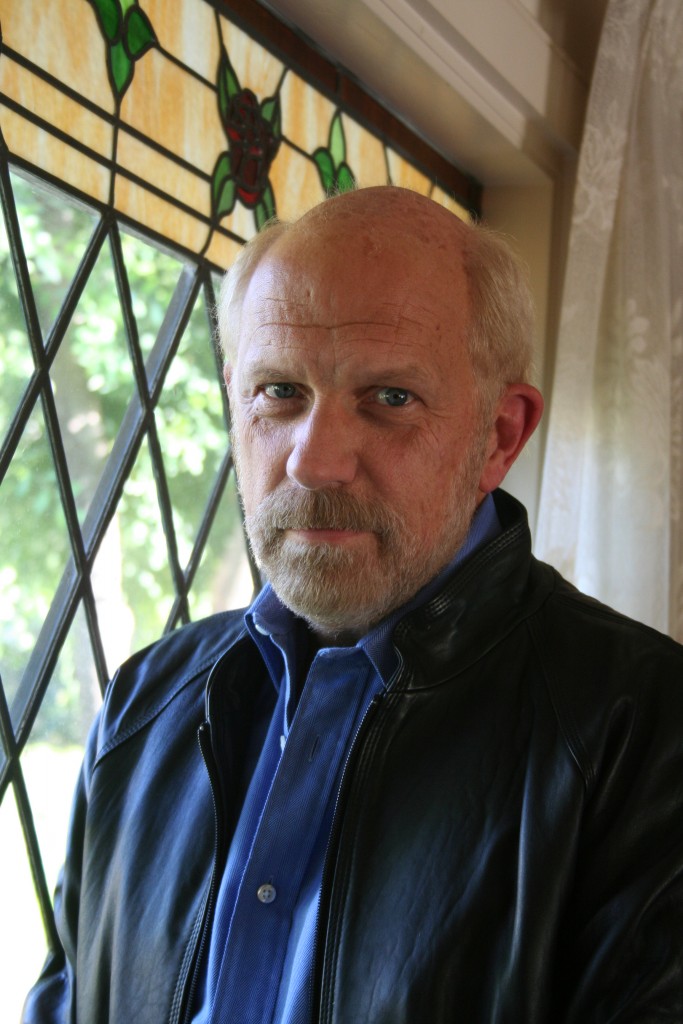 “…He is the Spielberg of television. Kenneth Johnson . . . is the only producer/creator with three series on TV Guide’s 25 Greatest Sci-Fi Legends: The Six Million Dollar Man, The Bionic Woman, and V. Mr. Johnson is one of the most creative and inventive executive producers/directors/screenwriters in America…” ~Patricia Turnier, http://megadiversities.com/

Kenneth Johnson has been a successful writer-producer-director of film and television for over 40 years. Creator of the landmark original miniseries V, he also produced The Six Million Dollar Man and created such iconic, Emmy-winning series as The Bionic Woman, The Incredible Hulk, and Alien Nation.

Trained in classic theater at Carnegie Mellon University, Kenneth had early success as a producer-director of live TV in New York. At age 25, he became Executive Producer and Showrunner for The Mike Douglas Show, which won an Emmy under his leadership. Moving to California, Kenneth produced and directed several TV specials including Vincent Price in an Evening of Edgar Allan Poe and two top-rated documentaries for ABC: Alan King in Las Vegas (parts 1 & 2). He became the youngest writer-producer-director at Universal Studios when he joined The Six Million Dollar Man, where he created the Emmy-winning Bionic Woman. He was Showrunner of both Top Ten bionic series simultaneously. He then created The Incredible Hulk, yet another iconic, long-running Emmy-winner, where he penned Bill Bixby’s now-famous line, “Don’t make me angry…you wouldn’t like me when I’m angry.” In the 1980s, Kenneth continued to cement his place in television by unveiling his critically acclaimed, alien invasion miniseries V, for which he received a Writers Guild Nomination.  V stands as the highest-rated work of science fiction in television history.

In the 90’s Kenneth created the Alien Nation TV movie-pilot which became an Emmy-winning series and five subsequent Emmy-nominated TV movies. Throughout his career, Kenneth has directed notable television movies for all the major networks including the top-rated Zenon: Girl of the 21st Century and Don’t Look Under the Bed for Disney. Other TV movies include Sherlock Holmes Returns for CBS, which brought him a nomination for the Edgar Allen Poe Award from The Mystery Writers of America.

Kenneth directed multiple episodes of the award-winning drama JAG, as well as the feature films Steel and Short Circuit 2. Beyond his film and TV work, he authored An Affair of State, V The Original Miniseries, and V The Second Generation, published in four editions. “Kenneth Johnson. I could probably end the review right there because when he puts something out, it is always quality. Without question, Kenneth Johnson is the closest our generation will come to the great Rod Serling. His understanding of the human mind has created some of the most developed and understood characters ever.”

He has received multiple Saturn Awards from the Academy of Science Fiction and Fantasy. Also the Sci-Fi Universe Lifetime Achievement Award, as well as the prestigious Founders Award from the Viewers for Quality Television.

His has presented his master class seminar Producing and Directing for Filmed Television and Theatrical Features: Life in The Trenches at the UCLA, USC, NYU and Loyola Film Schools, Columbia College, The New York Film Academy and numerous others including The English National Film School and the University of Moscow. Musings of a Sci-Fi Fanatic: The Incredible Hulk