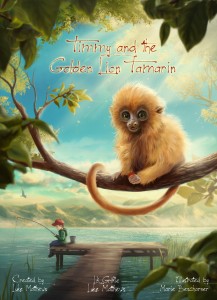 Eight-year-old Timmy Hawkins dreads going to school each day. Not because of the hard work, but because of a mean bully named Zeke who makes Timmybs life a nightmare. Even worse, nobody seems to understand or care what Timmy is going through. He is about to give up hope when a very special friend appears outside his window one night in the form of a rare Golden Lion Tamarin. Timmy soon realizes that the Tamarin, who he names Rin, is invisible to everyone but him. When the critter sneaks into Timmybs backpack one day and goes to school with him, it results in some hilarious antics that puts Zeke in his place. Soon, Timmy is feeling confident, all because of his bguardian angel animal,b and with Rinbs help, he finally finds the courage within to make a stand against Zeke and his bully pals once and for all.