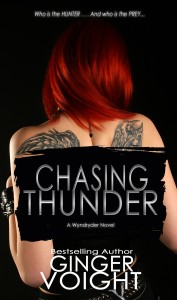 What is the true name of evil? The Zodiac Killer, the Hillside Strangler, the Night Stalker, and the Green River Killer all left their mark on California . . . and now the city of angels is under siege. When fiery, redheaded biker MJ Bennett witnessed her beloved grandfather gunned down on her sixteenth birthday, she made herself two promises. She would continue his quest to save teenagers lost to the dark side of Hollywood-the side tourists never see-and she would never let herself get that close to anyone ever again. But after meeting traumatized runaway, Haley Roberts, she breaks her own rule. MJ suspects that Haley has narrowly escaped the Hard Candy Killer, a sadistic serial killer targeting teen sex workers with blonde hair and blue eyes. MJ begins to connect the dots between Haley and a dangerous crime lord who hides his savage sex trafficking enterprise behind legitimate businesses. But the clock is ticking, and the Hard Candy Killer is closing in on the target he wants most, MJ, whose family secrets have her marked for destruction, turning the hunter into the hunted.